A couple weekends ago, I (Elisabeth) broke out my pro camera and headed to Trexlertown, Saturday as just a spectator, and Sunday to hop in and race as well as take some photos during the rest of the races. Here’s a little recap, including contributions from Yung TayTay and photos of the Laser Cats in Sunday’s race taken by Willem.

Nittany was the first big race of the region, and the Laser Cats Feline All-Stars were ready to rock. Roz held it down Saturday, crushing for the holeshot on her patriotic single speed. Then our good buddy Rachel Rubino tore through the whole field and took the win! 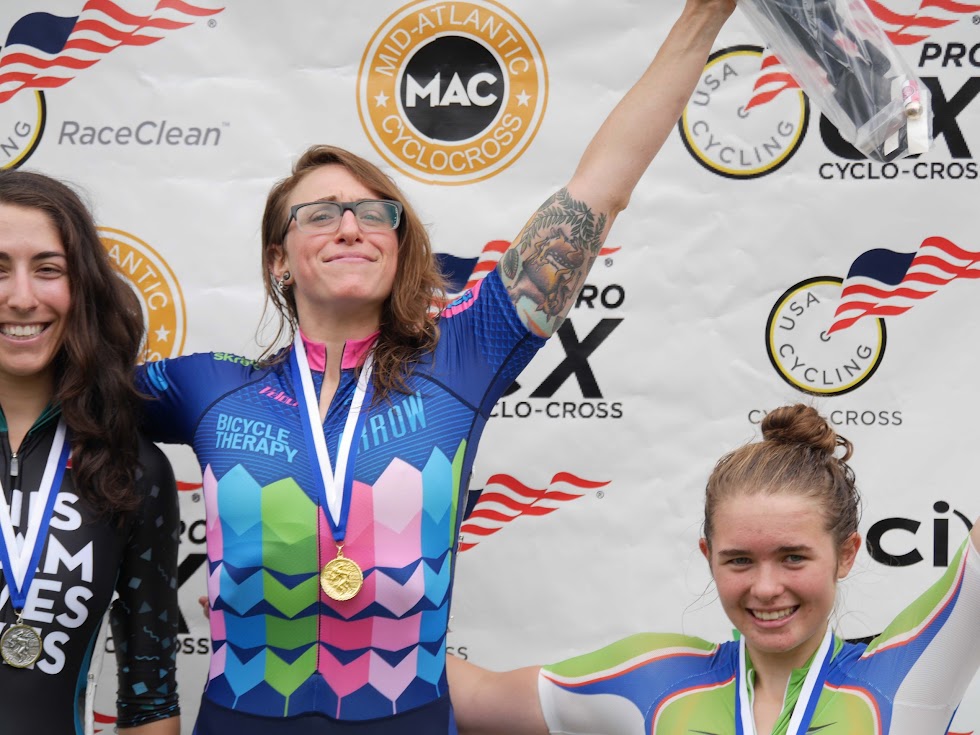 RayRay for the win!

Later on Saturday afternoon, Shaina (who races with us on the road) took to the line in her first UCI race, throwing down an impressive performance in the rain. 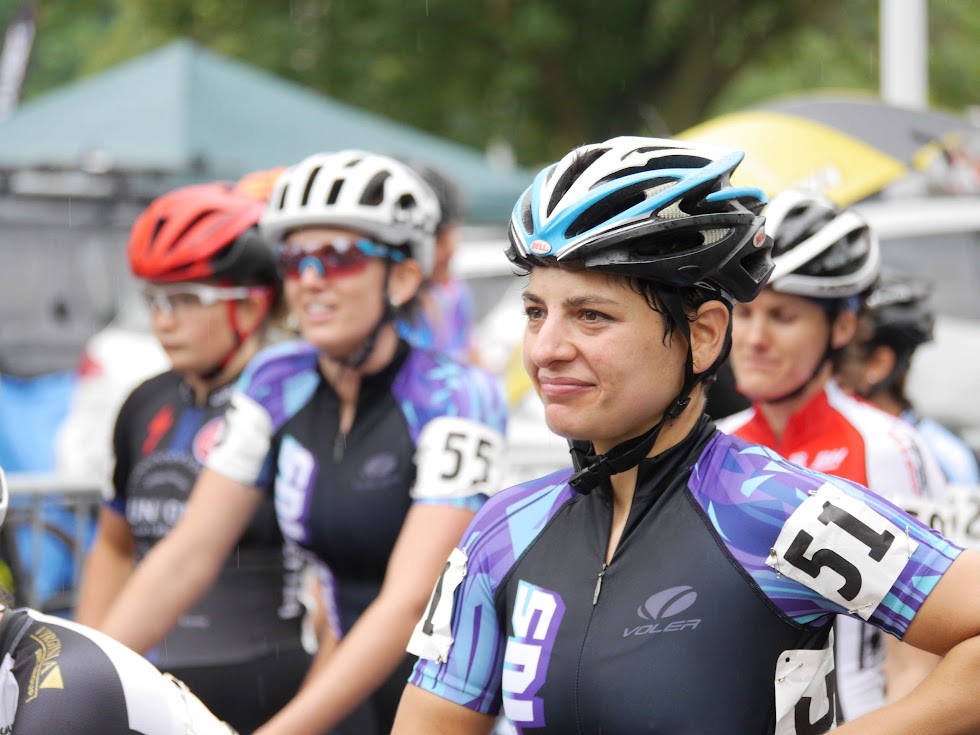 Shaina’s ready to rock, with Emily also taking the line for her first UCI race

On Sunday, after a night of rain, we had bluebird skies and nice muddy corners all over the course. I LOVE mud. Just the game of how much body English it takes to go as fast as you can through the turns without sliding out (and knowing it will hurt way less than washing out on a hard-packed dry course if you go down) is so much fun. I also like the fact that I am intentionally and willfully going to make myself totally filthy.

We rolled deep, with Michaela, Roz, Sam, Taylor and I all taking to the start in the very large women’s 3/4 field. Willem got some nice start line photos. 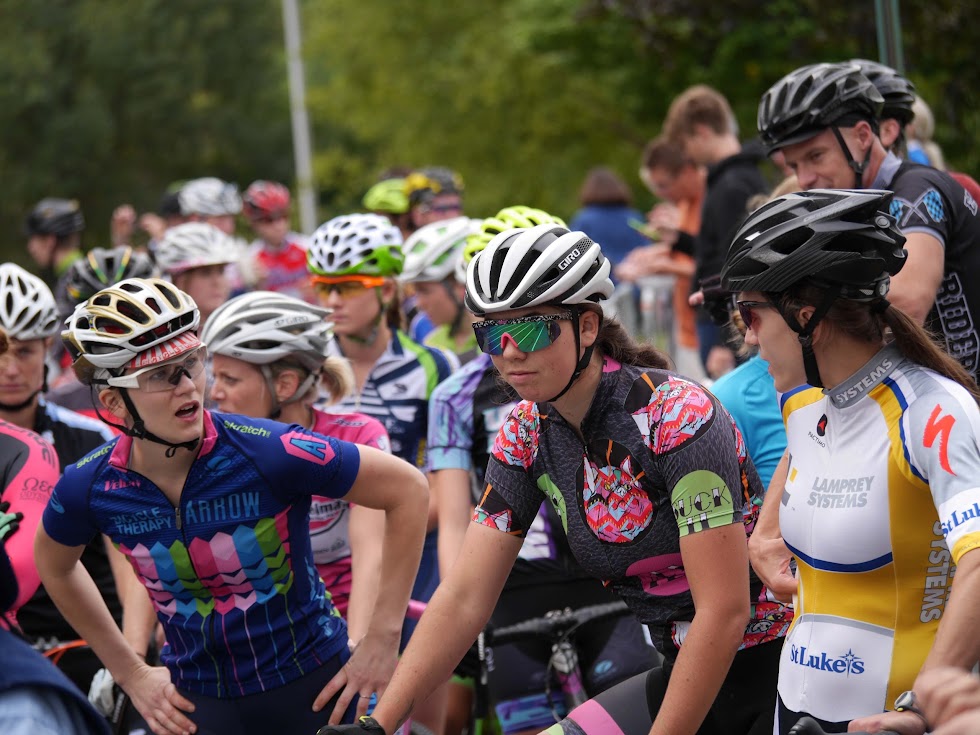 Roz is all game face despite whatever Nathalie is saying 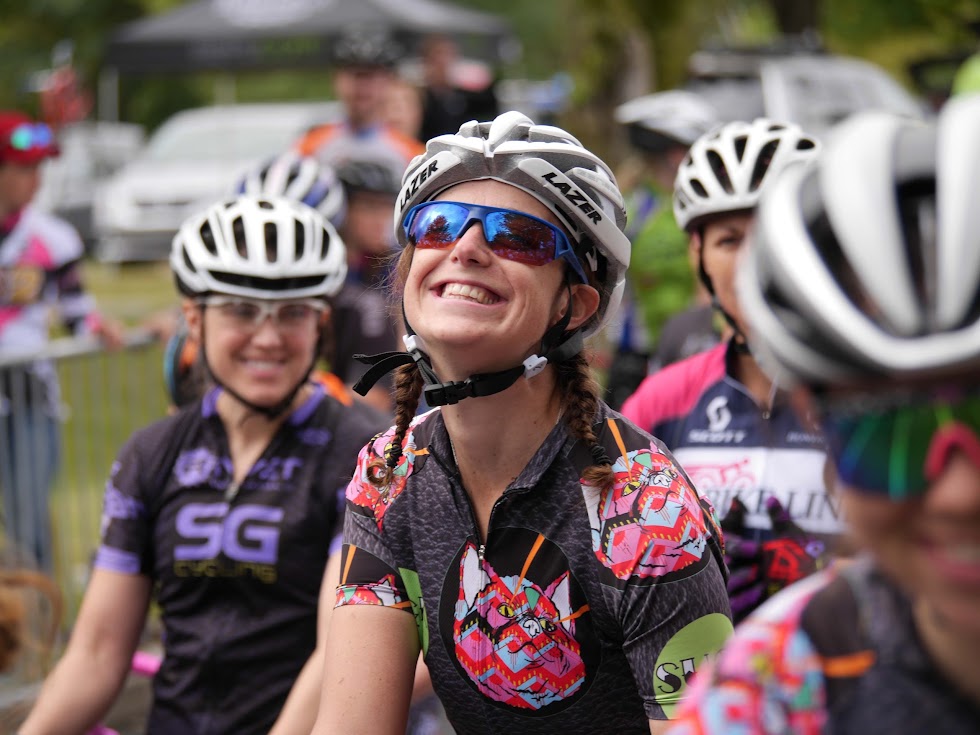 Elisabeth straight cheezing, with Baltimore buddy Julia in the background 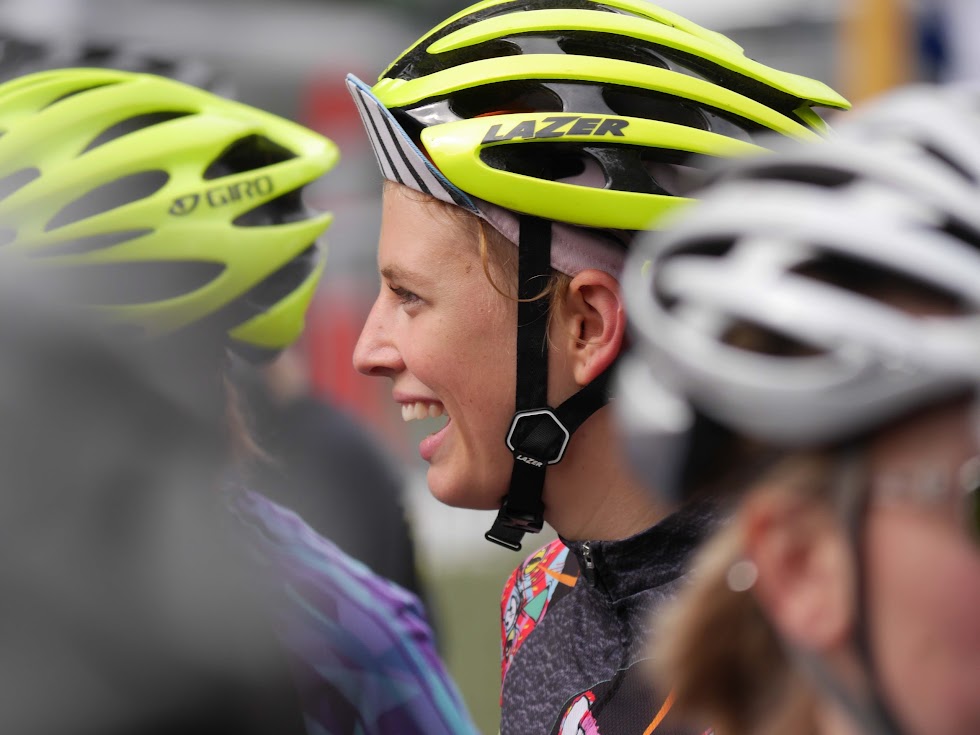 Taylor so ready to crush her way fiercely through the field 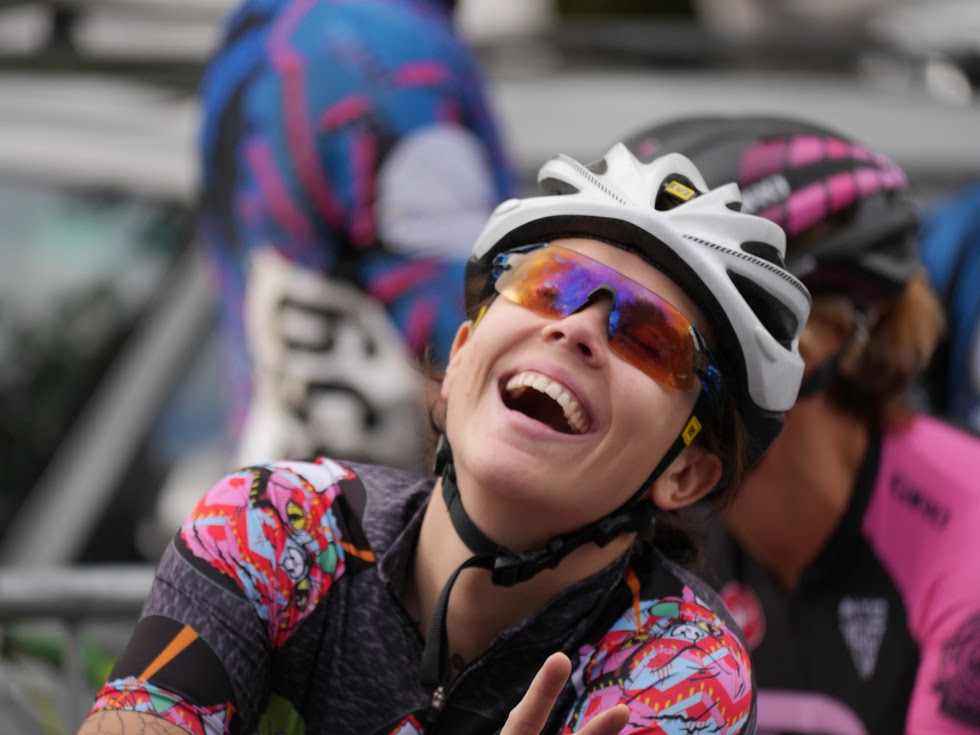 Sam, still nursing a bruised rib, is still all smiles

With a giant mud bog just a few turns after the holeshot, I made a point to actually try to have a good start. I’m not much of a sprinter, so my starts are typically lackluster. But, knowing I could ride it, I wanted to get there early. I made it through clean (well, legs covered in mud…) with about 7 other riders, and the pace was hot. It wasn’t long before Rachel had made her way through the field and up to our group, and Taylor was right behind her. I have a tendency to forget to regulate my breathing, and Taylor reminded me, so gently, to slow that breathing down. Deep breaths.

We came through the log over together, and with a bit of a bunch up, those two got ahead of me. 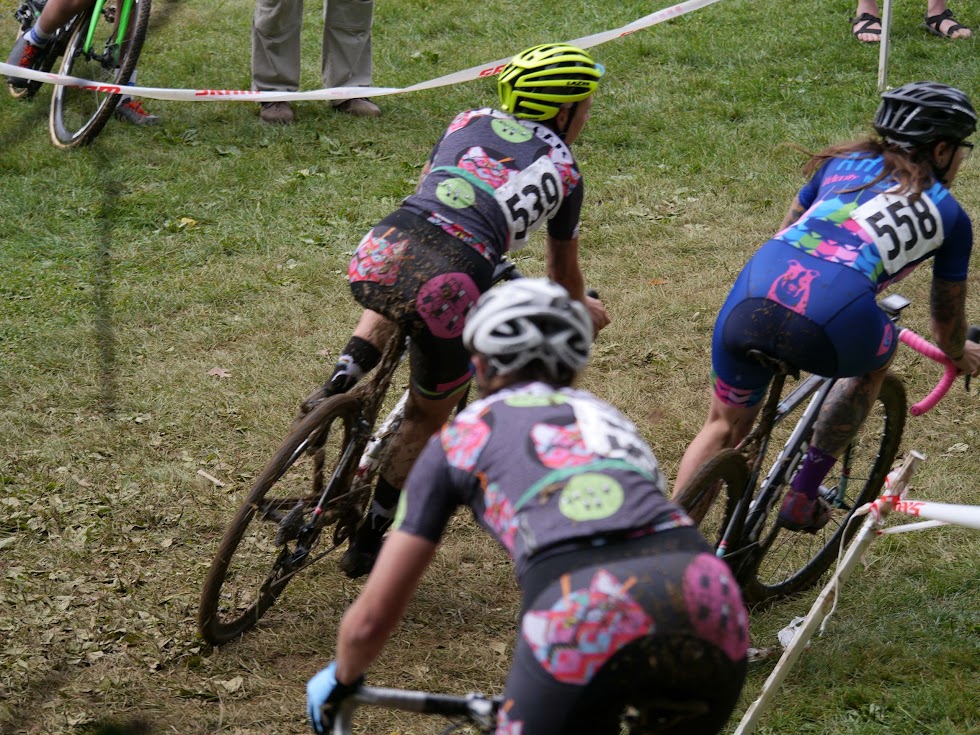 Rachel makes the pass to the front of the field, as I hop back on to stay on Taylor

I kept the pressure on myself, and a few greasy turns later, I made it back around Taylor and worked to catch the next rider. We were behind the Masters women, so there was lots of passing back and forth as the fields mixed. 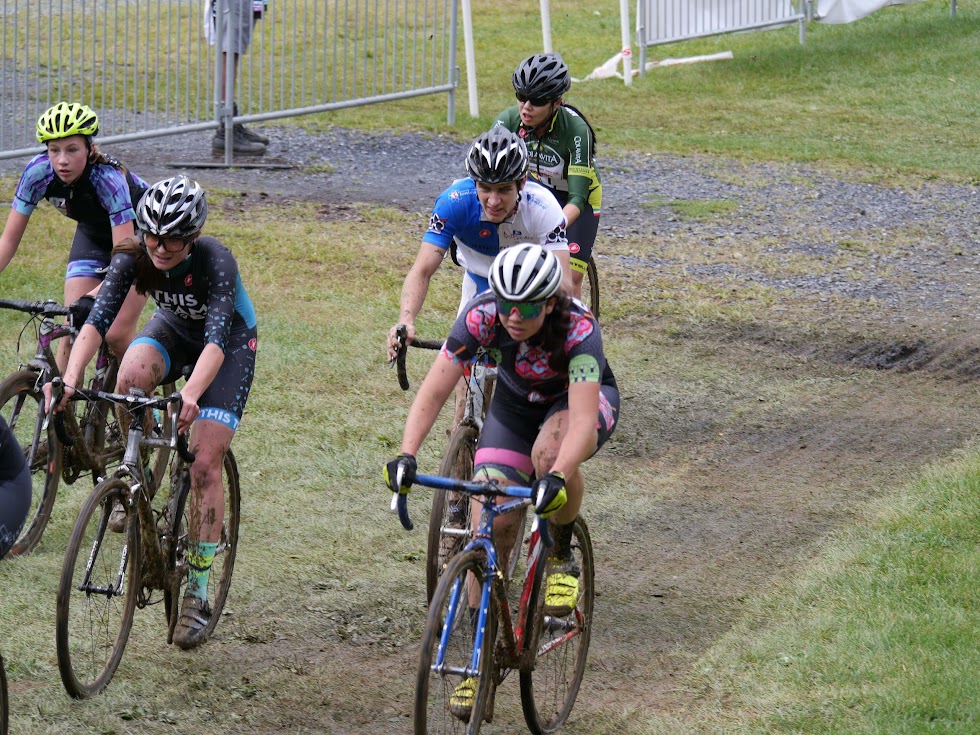 Roz riding alongside a member of our friendly lady rivals from NYC, This Team Saves Lives 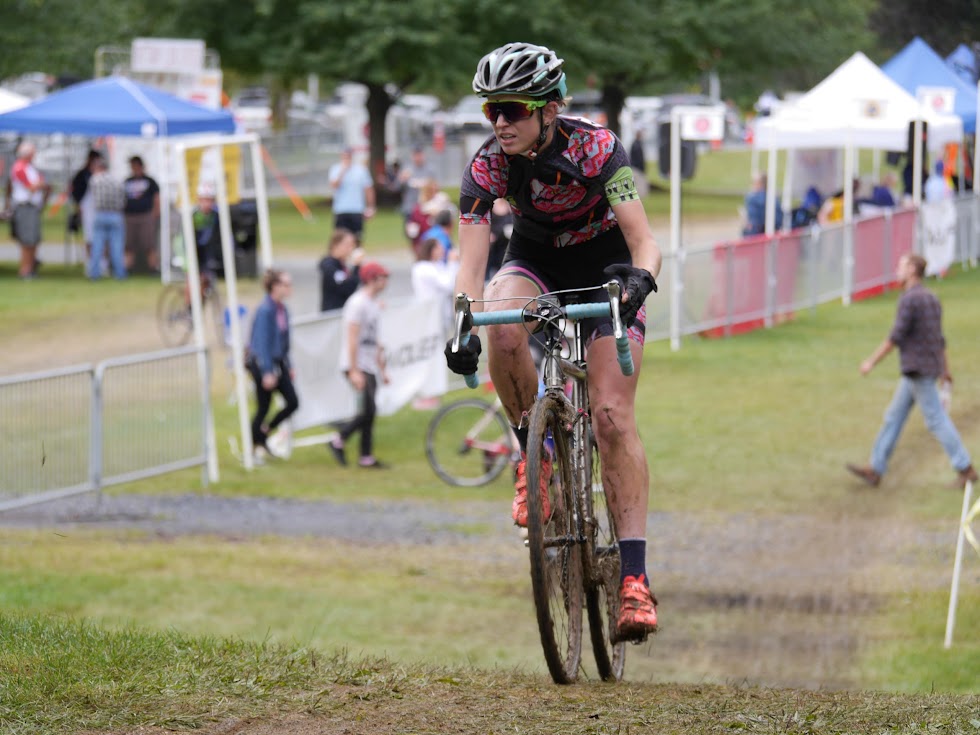 Michaela’s first muddy race! She is making a solid commitment to using cyclocross as off-season training as she prepares to focus on road in 2016. 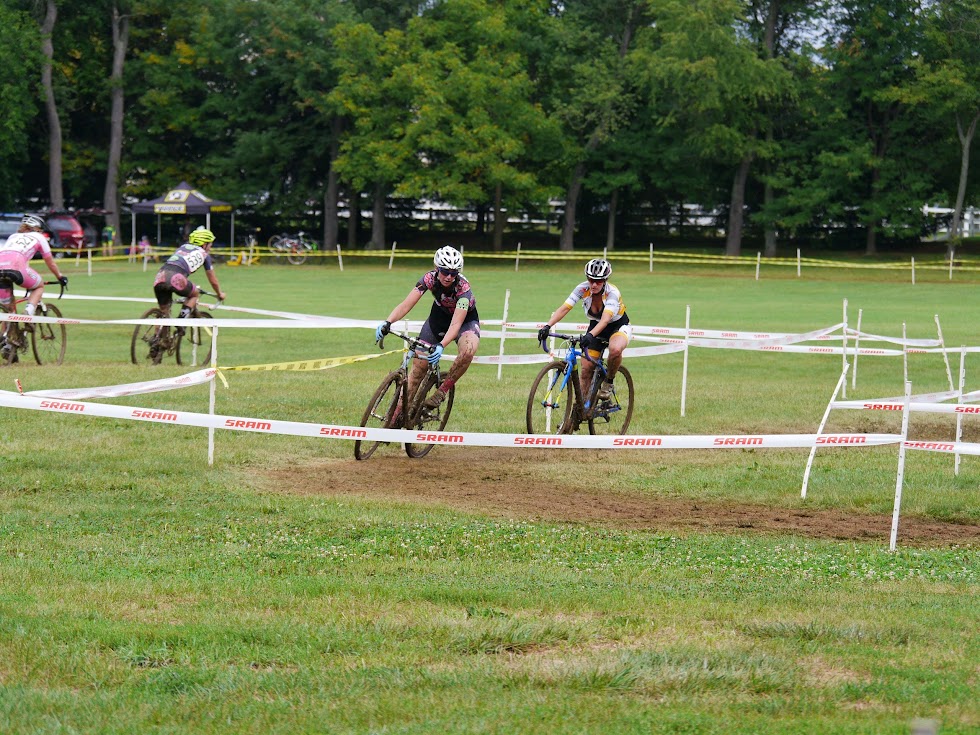 Just a couple of turns ahead of Taylor…

Nittany was a mostly flat course, with lots of big swooping turns and long straightaways. Typically, this would not be a course I’d like. But a combination of the mud, the big women’s field, a fierce chase from Taylor, and my recent work on cornering at speed had me throwing down power on the straights and carrying lots of it through the turns. I raced hard and I raced well, and it was the first time in probably 3 years that I really felt like it all came together and I was really racing again. 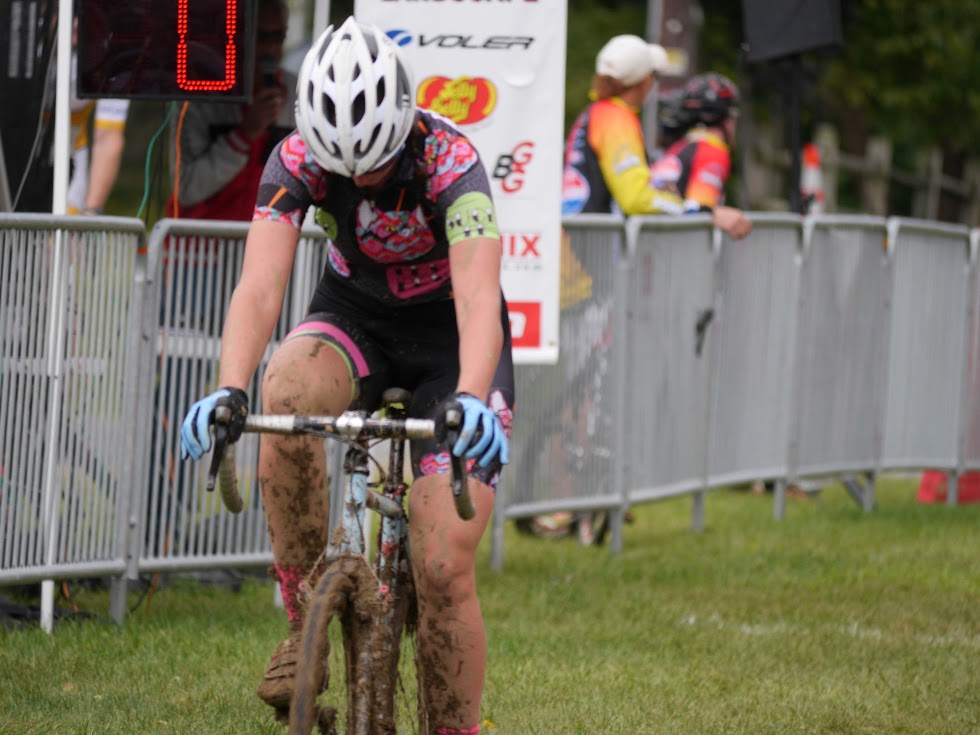 Coming across the line solo in 5th place

Hmmm, I don’t really know what to say about this race!
My dear ol’ ma and pa came out and had a grand time getting their introduction to cross, watching the races, and fraternizing with the cats.
YungTaytay’s greatest ambition for the race was to grab ahold of RayRay’s wheel and hang on for dear life. She was stoked to find herself in that very position 1/4 of the way into the first lap, and a wild ride ensued. She enjoyed a few moments of glory as they wove through the racers ahead, until calamity struck in a moment of lapsed focus. Shrimp muffin went down hard on a slick corner, ate a face fulla mud, but hopped back up refusing to accept that the glory days were gone. As soon as she hopped on the saddle, however, she realized she had a problem. She lost a number of places trying to get the nose of her seat to point in the general direction of the stem, gave up, and hopped back on her siq new side saddle whip resigned to standing the rest of the course.
Belting a few horribly out of breath and out of tune sound of music chorus’s helped me “push the reset button” as I did my best to charge ahead and gain back a few positions. By the last lap, I had Elisabeth’s Pew Pew buttox in sight, and did my best to DROP THE HAMMER and catch my speedy cx mama. No such luck was bestowed upon thee, but I received one final jaw dropping thrill as one of the powerful This Team Saves Lives racers caught me at the finish line with the ol’ surprise from behind final sprint attack. 8th, I’ll take it!

TAYTAY WATCH YER BACK! In which periphery motion sensing is completely lost in final breaths of the race

As always (can you say this after only 2 races?) an incredible joy and humbling delight to play bikes in the mud with such boss ass bitches, rowdy hecklers, and thoughtful race promoters. 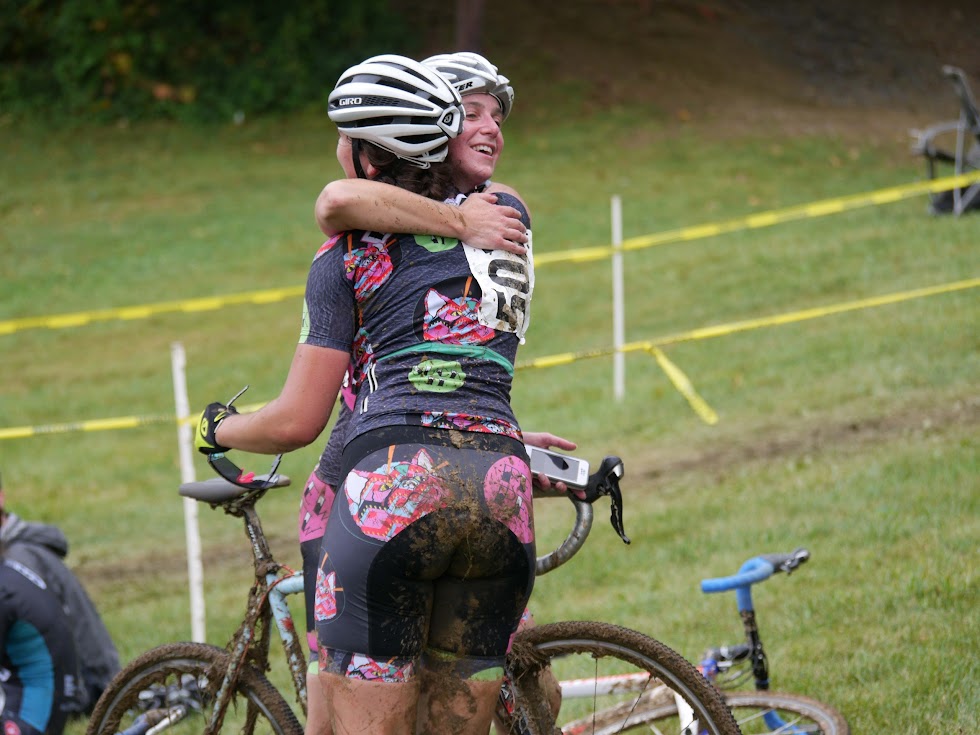 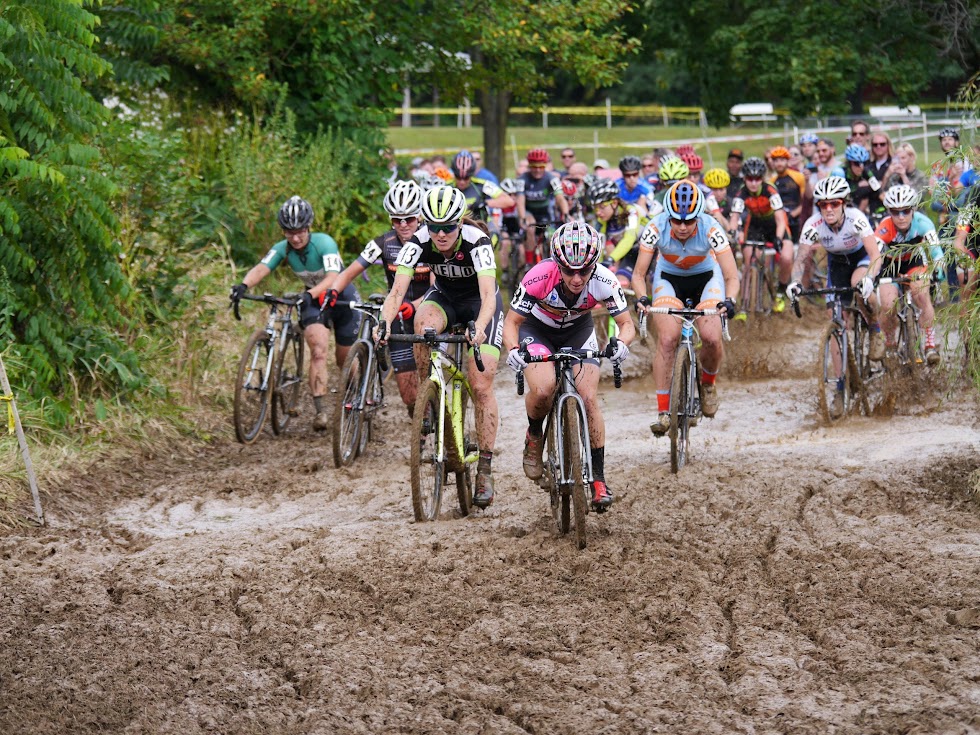 Thanks for taking photos of us, Willem! 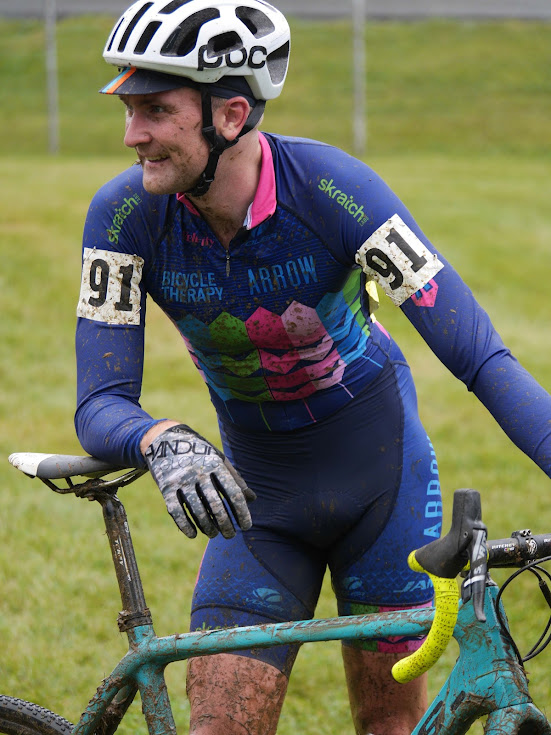