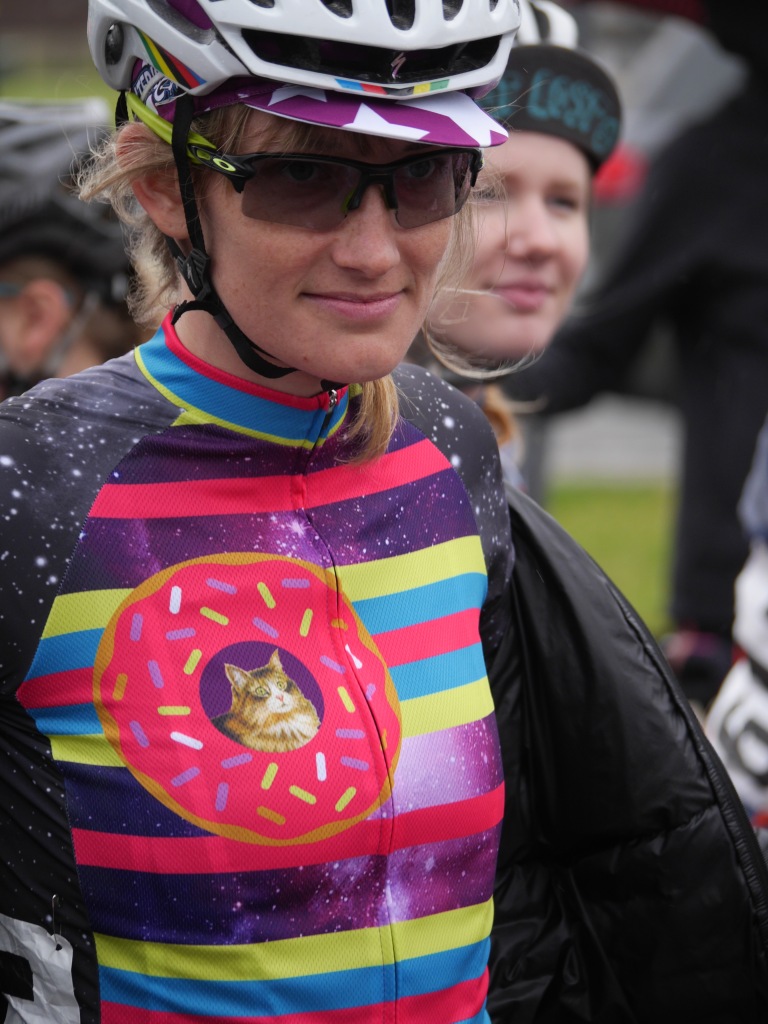 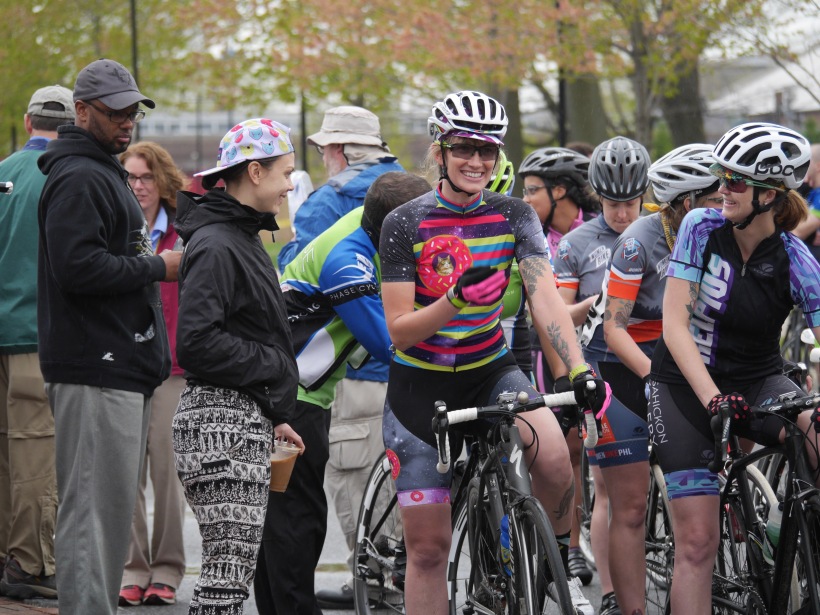 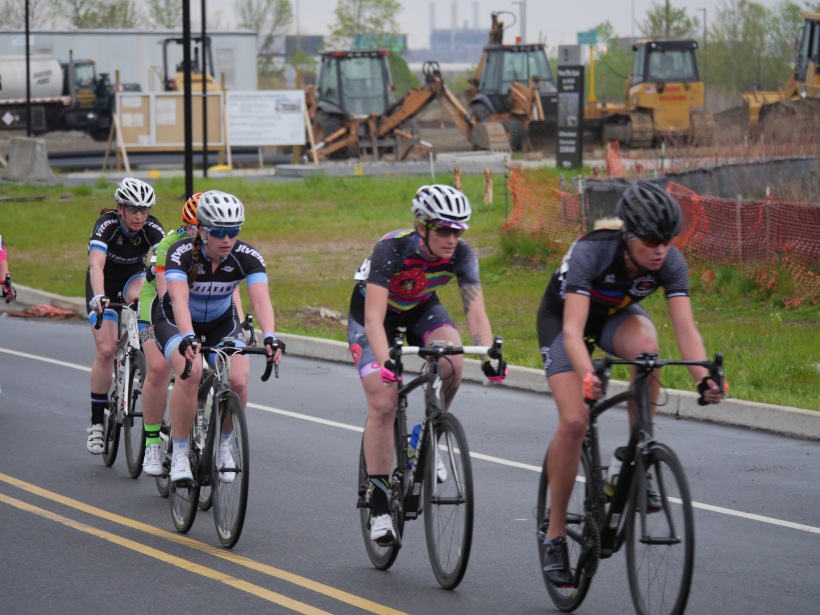 Taryn slots in to second wheel early in the race

Taryn did a great job holding her position in the peloton

Taryn perfectly timed her sprint in the last lap to come around for the win!! 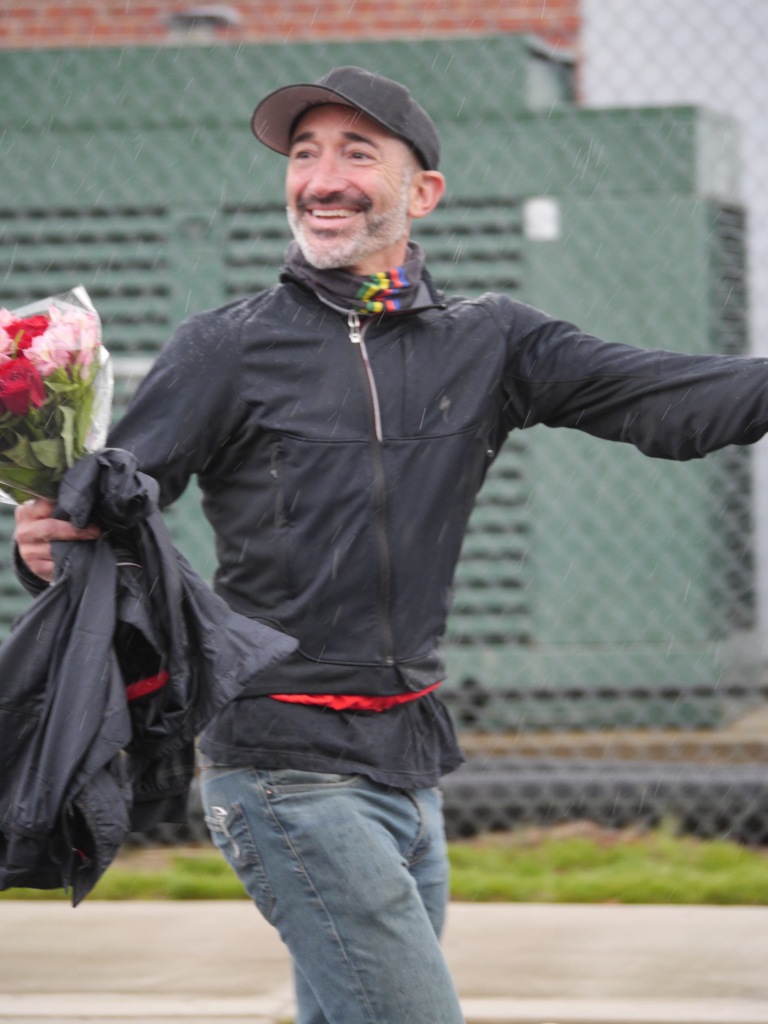 Podium fella Lee was prepared with flowers for Taryn’s win! 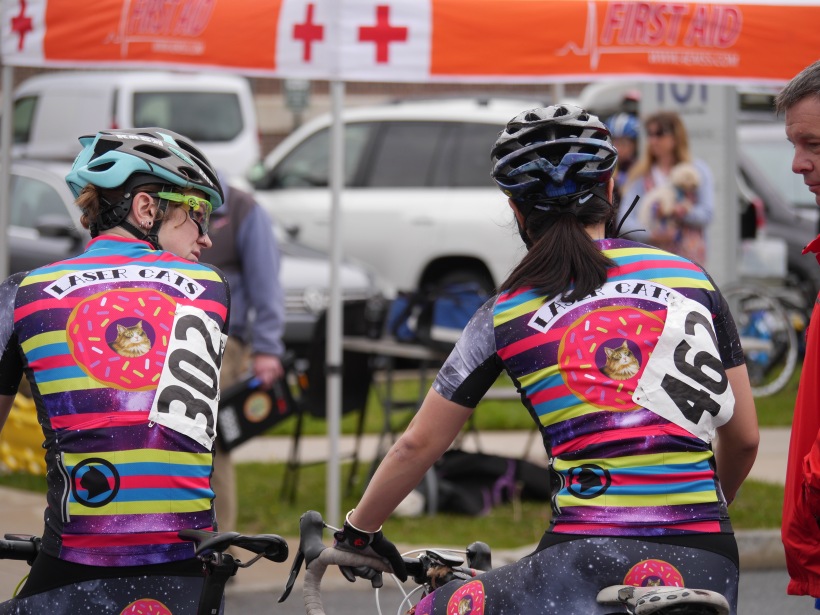 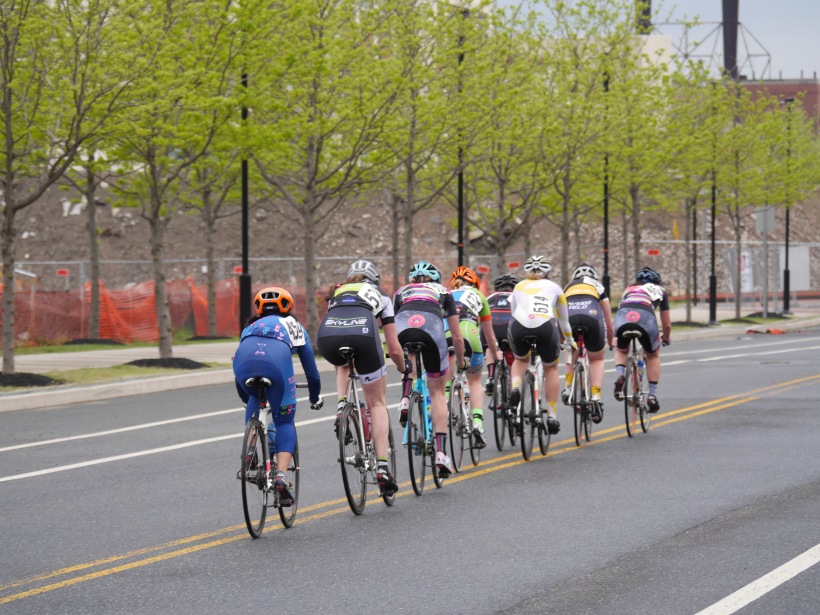 With several pros toeing the line, the field separated into two packs. Michaela and Sophia held strong in the second pack. 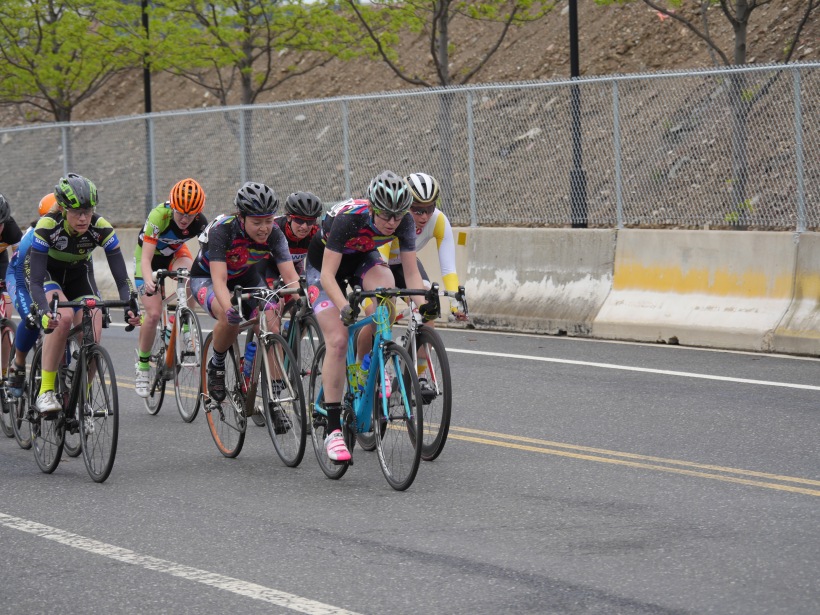 Michaela setting the pace for the chase group.

Cat puddle after Sophia and Michaela’s race, with Taryn recovered from her morning victory and Elisabeth playing DS for the day. 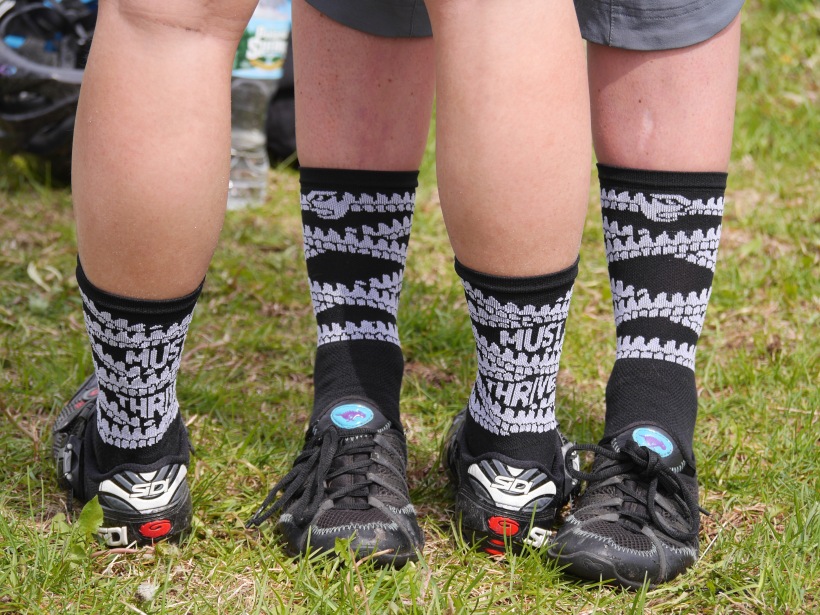 The team was proud to rock the new Must Thrive socks, a fundraiser for PKD made by our teammate Krista.